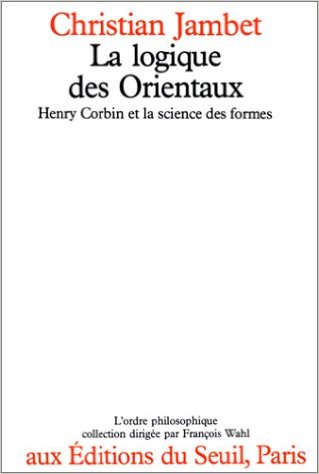 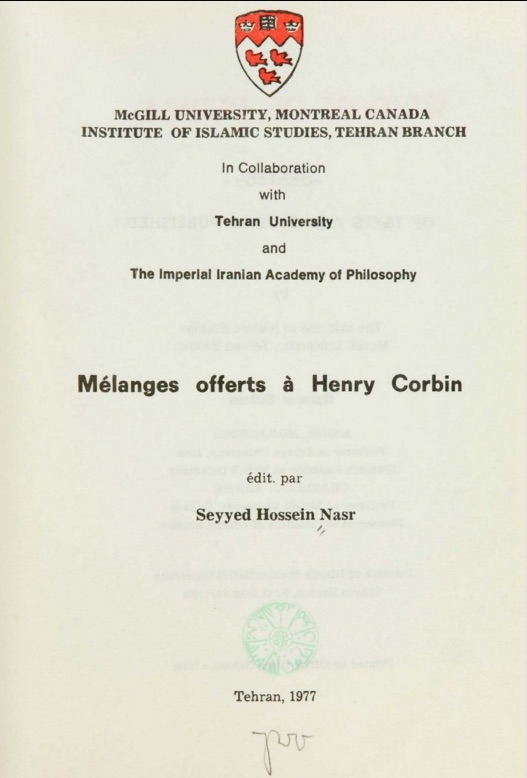 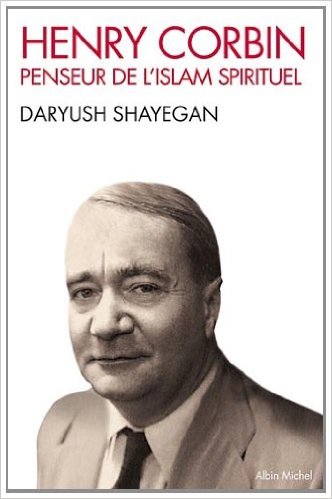 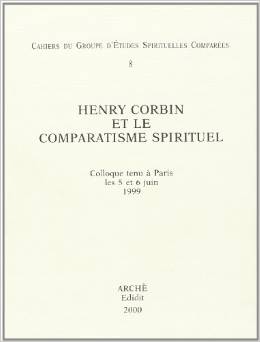 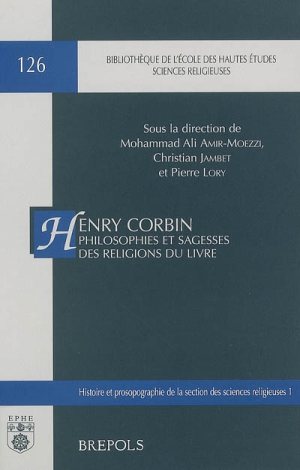 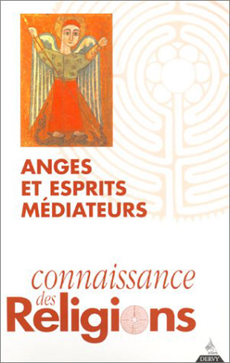 Pathways to an Inner Islam: Massignon, Corbin, Guénon, and Schuon

Pathways to an Inner Islam provides an introduction to the esoteric or spiritual "inner Islam" presented by Western thinkers Louis Massignon, Henry Corbin, René Guénon, and Frithjof Schuon. Particularly interested in Sufism--the mystical tradition of Islam--these four twentieth-century authors who wrote in French played an important role in presenting Islamic spirituality to the West and have also had an influence in parts of the Muslim world, such as Turkey, Iran, and Pakistan. Patrick Laude brings them together to argue that an understanding of their inner Islam challenges reductionist views of Islam as an essentially legalistic tradition and highlights its spiritual qualities. The book discusses their thought on the definitions of spiritual Islam and Sufism, the metaphysical and mystical understanding of the Prophet and the Qurjihaµd. In addition, the writers' Christian backgrounds and their participation in the intellectual and spiritual traditions of both Christianity and Islam offer a dynamic perspective on interfaith dialogue. 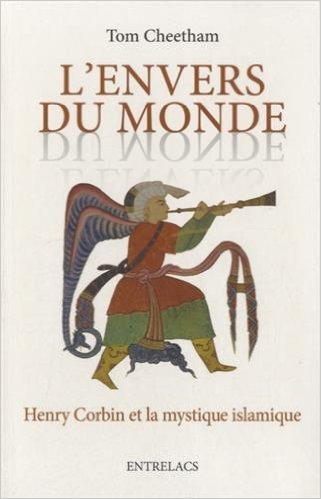 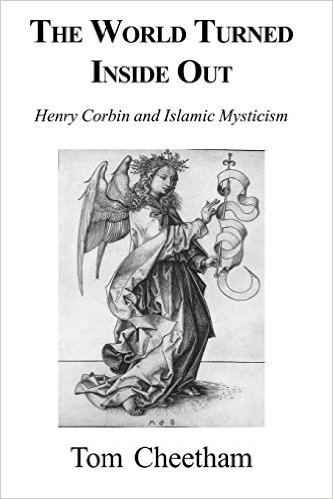 The world turned inside out : Henry Corbin and Islamic mysticism

"A deep reading of Tom Cheetham's The World Turned Inside Out could have the effect of turning the reader inside out! Not only will a person discover in this book a thorough understanding of the remarkable and important vision of Henry Corbin, the great French scholar of Iranian Islam. The reader will also be engaged by a politically useful understanding of the religion of Islam generally, of mystical and negative theology, of monotheism, of the philosophy of imagination, of language and the textures of textuality, and of the nature of reading and thinking. Among other things, a careful reading of this book can inform current interpretations of the politics of terrorism, its wars and the wars against it. In short, there exists here a shaking of the foundations of human perspectives that comes to nothing short of a radical revisioning of all attempts to make sense of the life and meaning of being in the world." David L. Miller, Watson-Ledden Professor of Religion, Emeritus, Syracuse University Core Faculty Member, Pacifica Graduate Institute "A remarkable creative synthesis of the genius of Henry Corbin, the silent precursor of archetypal psychology. Tom Cheetham gives the gift of a metaphysics of interiority balancing pervasive, destructive, suffocating, spectator consciousness. And it is a convivial interiority, filled with spiritual presences. The soul can breathe again because it has found its homeland, the Soul of the World." Robert Sardello author of Freeing the Soul from Fear and The Power of the Soul: Living the Twelve Virtues. 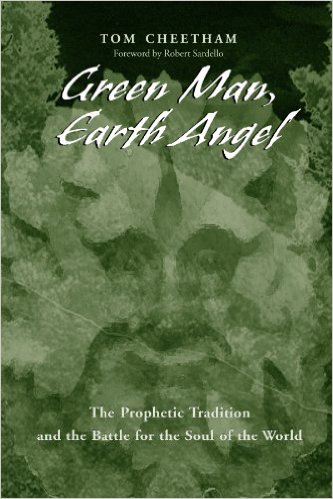 Green Man, Earth Angel - The Prophetic Tradition and the Battle for the Soul of the World

Argues for a renewed vision of the cosmos based on the centrality of the human encounter with the sacred.
Green Man, Earth Angel explores the central role of imagination for understanding the place of humans in the cosmos. Tom Cheetham suggests that lives can only be completely whole if human beings come to recognize that the human and natural worlds are part of a vast living network and that the material and spiritual worlds are deeply interconnected. Central to this reimagining is an examination of the place of language in human life and art and in the worldview that the prophetic religions—Judaism, Christianity, and Islam—presuppose. If human language is experienced only as a subset of a vastly more-than-human whole, then it is not only humans who speak, but also God and the world with all its creatures. If humans' internal poetry and creative imaginations are part of a greater conversation, then language can have the vital power to transform the human soul, and the soul of the world itself. 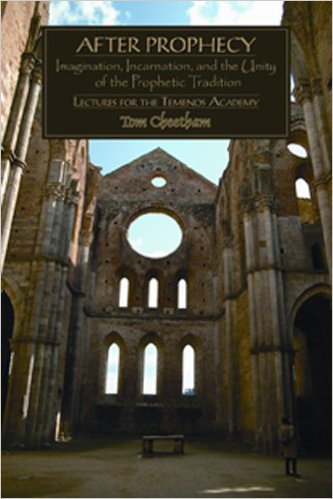 After prophecy : imagination, incarnation, and the unity of the prophetic tradition

The final volume in a trilogy of works which explore the implications of the spiritual vision of Henry Corbin (1903-1978). Corbin was one of the 20th century's premier scholars of Islamic mysticism. He was a colleague of C. G. Jung and a major figure at the Eranos Conferences. He introduced the concept of the mundus imaginalis into contemporary thought and his work has provided much of the intellectual foundation for archetypal psychology as developed by James Hillman. But Corbin's underlying theological and philosophical project was to provide a framework for understanding the hidden unity of the religions of the monotheistic tradition: Judaism, Christianity, and Islam. His profound grasp of the phenomenology of the religious imagination and his uniquely ecumenical approach make his work essential reading in a complex and pluralistic age.

All the World an Icon is the fourth book in an informal "quartet" of works by Tom Cheetham on the spirituality of Henry Corbin, a major twentieth-century scholar of Sufism and colleague of C. G. Jung, whose influence on contemporary religion and the humanities is beginning to become clear. Cheetham's books have helped spark a renewed interest in the work of this important, creative religious thinker.

Henry Corbin (1903-1978) was professor of Islamic religion at the Sorbonne in Paris and director of the department of Iranic studies at the Institut Franco-Iranien in Teheran. His wide-ranging work includes the first translations of Heidegger into French, studies in Swedenborg and Boehme, writings on the Grail and angelology, and definitive translations of Persian Islamic and Sufi texts. He introduced such seminal terms as "the imaginal realm" and "theophany" into Western thought, and his use of the Shi'ite idea of ta'wil or "spiritual interpretation" influenced psychologist James Hillman and the literary critic Harold Bloom. His books were read by a broad range of poets including Charles Olson and Robert Duncan, and his impact on American poetry, says Cheetham, has yet to be fully appreciated. His published titles in English include Creative Imagination in the Sufism of Ibn Arabi, Avicenna and the Visionary Recital, and The Man of Light in Iranian Sufism.

As the religions of the Book place the divine Word at the center of creation, the importance of hermaneutics, the theory and practice of interpretation, cannot be overstated. In the theology and spirituality of Henry Corbin, the mystical heart of this tradition is to be found in the creative, active imagination; the alchemy of spiritual development is best understood as a story of the soul's search for the Lost Speech. Cheetham eloquently demonstrates Corbin's view that the living interpretation of texts, whether divine or human—or, indeed, of the world itself seen as the Text of Creation—is the primary task of spiritual life.

In his first three books on Corbin, Cheetham explores different aspects of Corbin's work, but has saved for this book his final analysis of what Corbin meant by the Arabic term ta'wil—perhaps the most important concept in his entire oeuvre. "Any consideration of how Corbin's ideas were adapted by others has to begin with a clear idea of what Corbin himself intended," writes Cheetham; "his own intellectual and spiritual cosmos is already highly complex and eclectic and a knowledge of his particular philosophical project is crucial for understanding the range and implications of his work." Cheetham lays out the implications of ta'wil as well as the use of language as integral part of any artistic or spiritual practice, with the view that the creative imagination is a fundamentally linguistic phenomenon for the Abrahamic religions, and, as Corbin tells us, prayer is the supreme form of creative imagination.

Praise for the Quartet: "In a series of brilliant books, Tom Cheetham has single-handedly brought the work of Henry Corbin forward to the English-speaking world in its depth and originality. Writing in prose at once lucid and inspired, Cheetham conveys the vision of Corbin into the Persian mystical tradition in ways that kindle reflection on the part of the reader. Drawing on extensive knowledge, Cheetham accomplishes what every serious scholar of this tradition seeks: to place the mark of thought upon a living legacy." — Edward S. Casey, Distinguished Professor of Philosophy, SUNY Stony Brook and author of The World at a Glance. 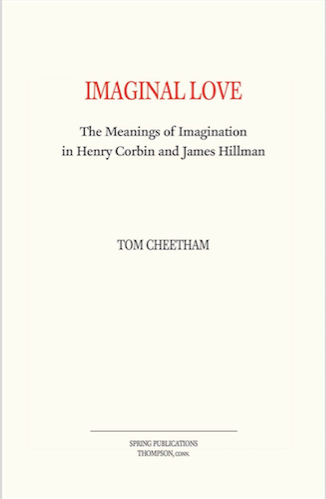 Imaginal Love: The Meanings of Imagination in Henry Corbin and James Hillman

Corbin’s work on the role of imagination in the religions and its fundamental place in human life has had a lasting and wide-ranging influence on contemporary poetry and the humanities. Among his most influential readers were the poets Charles Olson and Robert Duncan and the archetypal psychologist James Hillman. Central to their common vision is the creative power of language, understood not as a human invention but as a fundamental feature of reality. This new book by philosopher, biologist, poet, and teacher Tom Cheetham provides an overview of Corbin’s “psychocosmology” and its significance for Hillman’s archetypal psychology, contemporary poetics, and spiritual practice. It will be of interest to psychotherapists, artists, poets, and anyone who has ever wondered at the mysterious power of language and the imagination to transform the human soul. 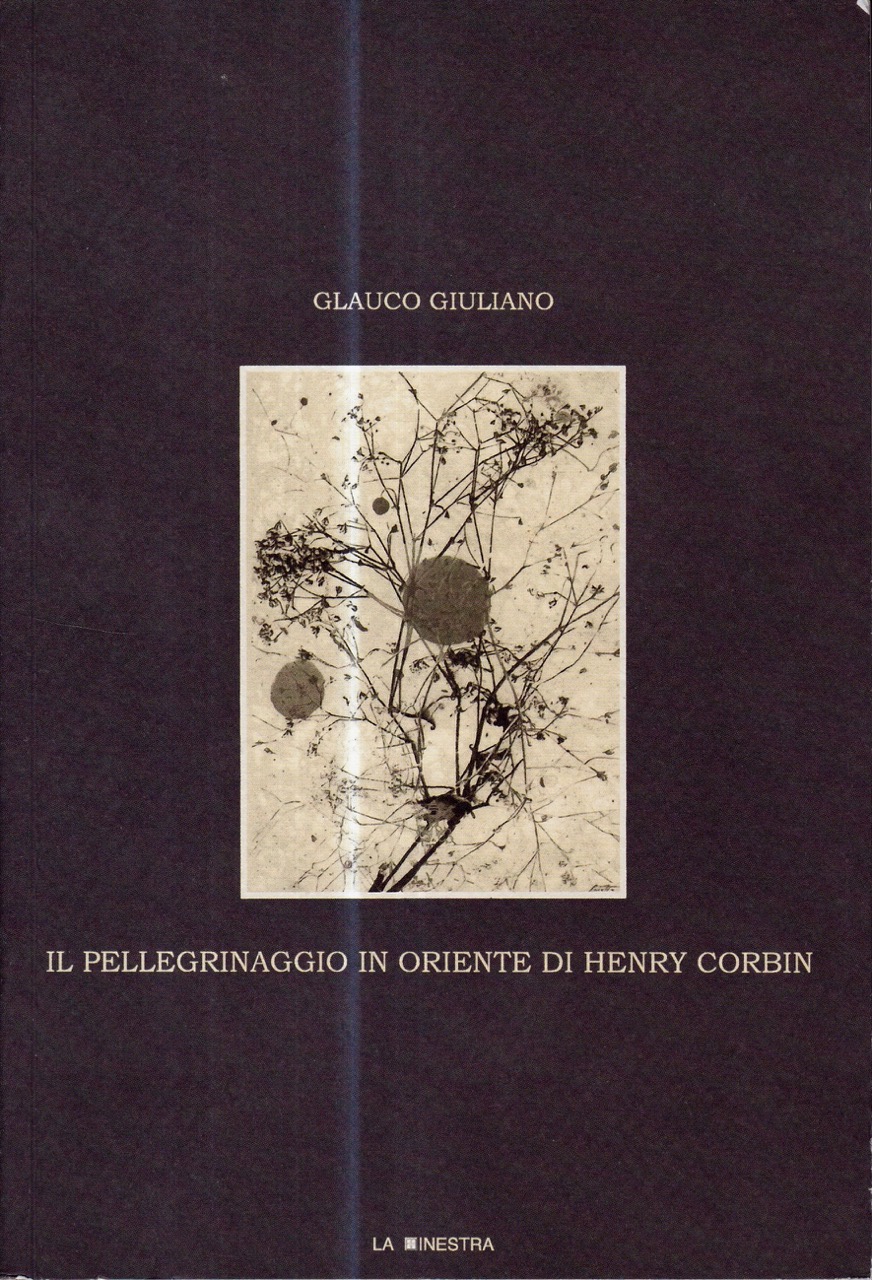 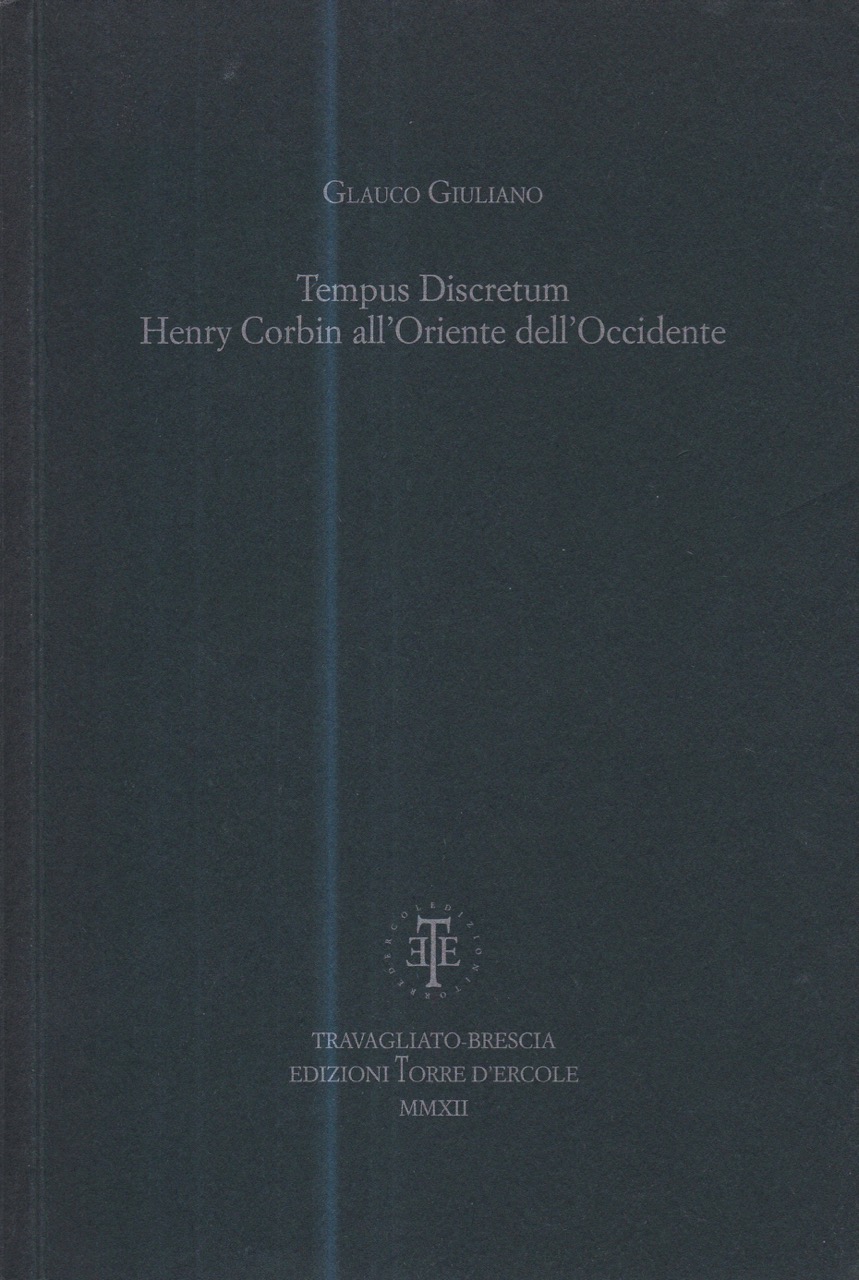 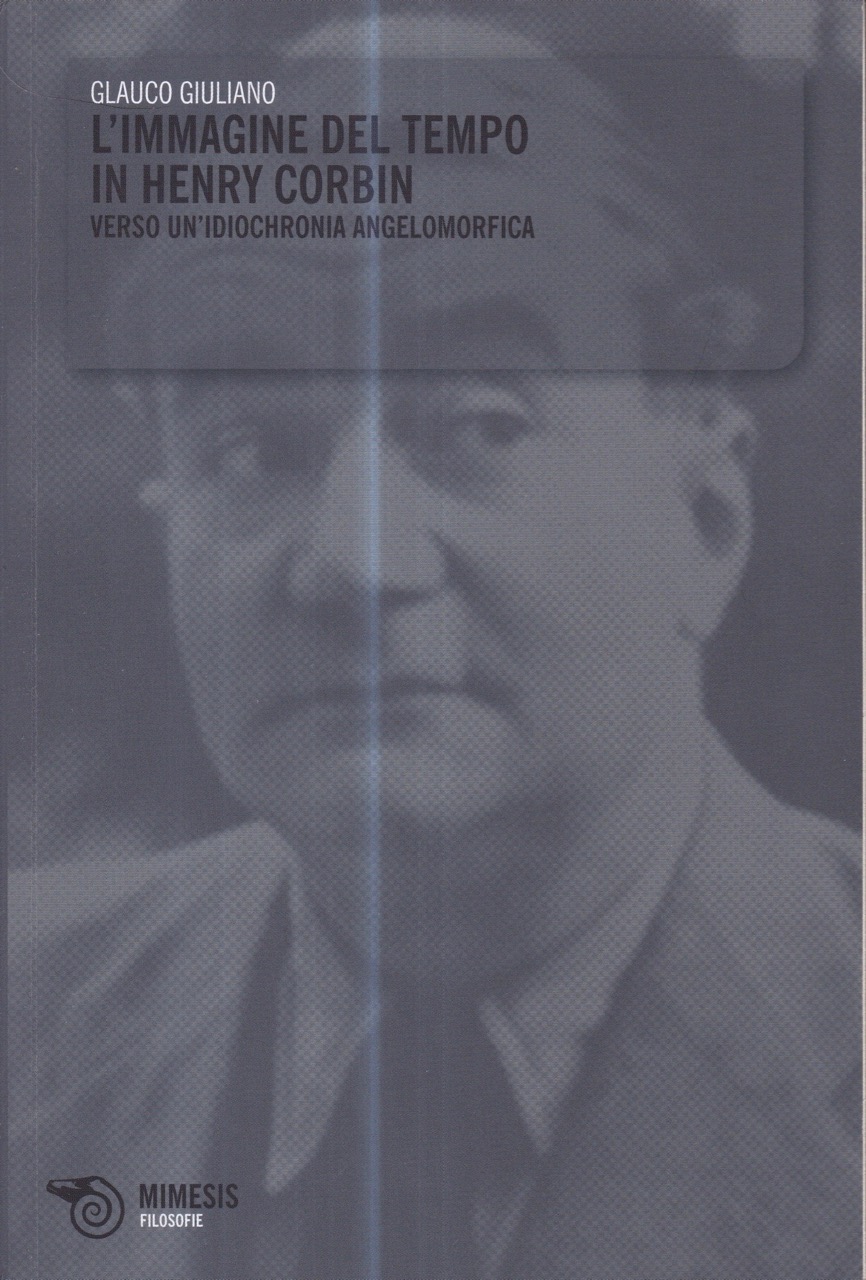